Please ensure Javascript is enabled for purposes of website accessibility

Luxury On The Homestead

The Post family worked this land for generations, first as a homestead and then later as a farm. Today it retains much of its original character, with the added distinction of offering visitors a serene getaway and retreat.

High atop the cliffs of Big Sur, 1200 feet above the Pacific Ocean, sits Post Ranch Inn, a sanctuary for the soul. Located along California’s Highway 1, one of the world’s most scenic drives, this Big Sur resort is the ultimate destination for romance, relaxation or rejuvenation. With natural architecture embracing the coast's dramatic beauty, the 40 rooms and private homes blend rustic elegance, comfort and privacy with panoramic ocean or mountain views. Here romance and connection seem to thrive.

The Wine Spectator Grand-Award winning Sierra Mar restaurant offers exquisite dining with a menu that changes daily, complimentary daily breakfast and a spectacular setting with endless ocean views. Guests can relax by the pools and take in the wondrous views; relax with a massage or spa treatment; or partake in any number of on-site activities including a guided nature walk, a yoga class or the awe-inspiring falconry experience. Post Ranch guests may also explore all that nature has to offer in Big Sur’s nearby majestic landscapes parks, beaches and waterfalls. Picturesque Monterey and Carmel are a short drive up the coast. 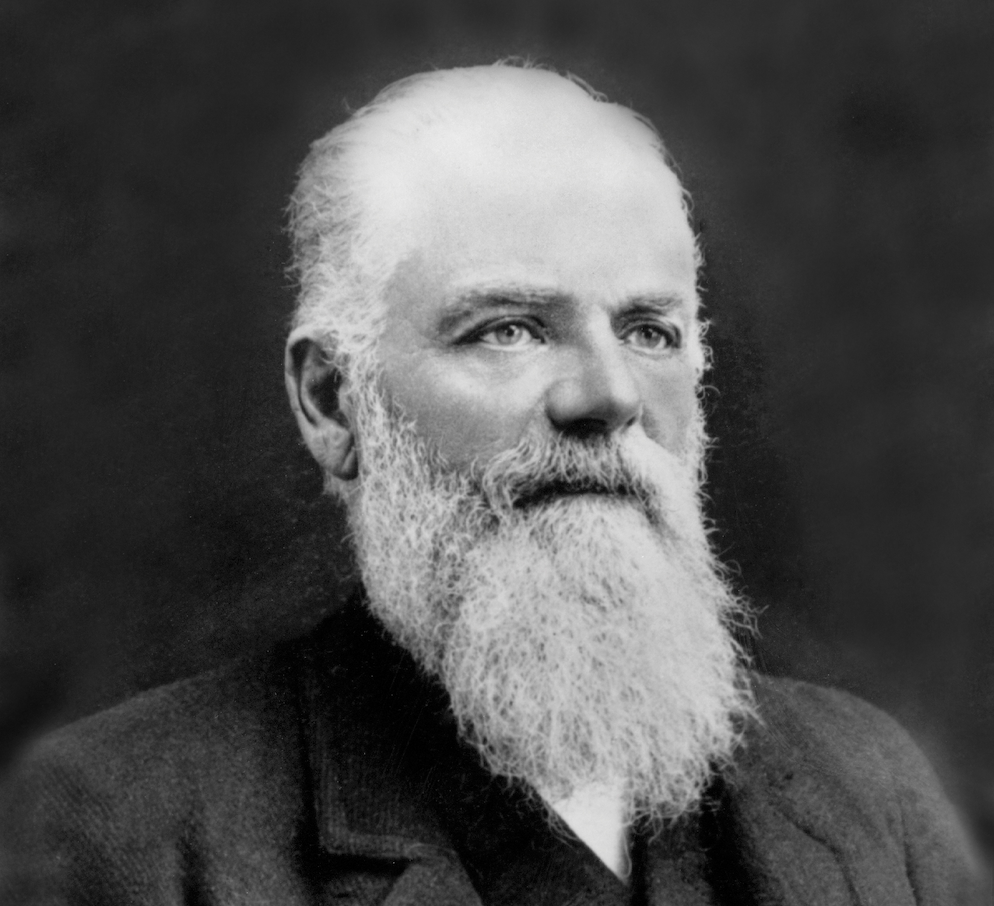 In 1848, William Brainard (W.B.) Post travels by ship from his home in Connecticut to Monterey, California. The 18-year-old sailor finds work at the Point Lobos whaling station and spends his early years on the California coast hunting grizzly bear and deer. He later traded in his buckskin and became a businessman, starting the first grain warehouse in Moss Landing and the first butcher shop in Castroville. 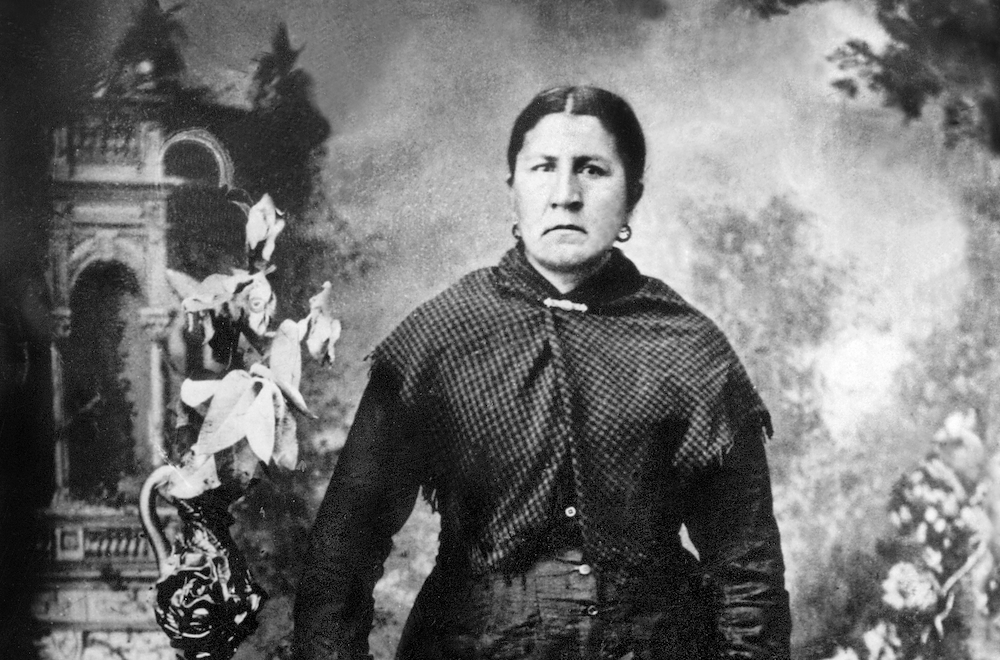 In 1850, W.B Post weds Anselma Onesimo, an Ohlone Native American from the Carmel Valley area. Together they begin to raise their own family and create extended ones that includes fellow settlers, close friends, and orphaned children. The Post home becomes the center of Big Sur social life. 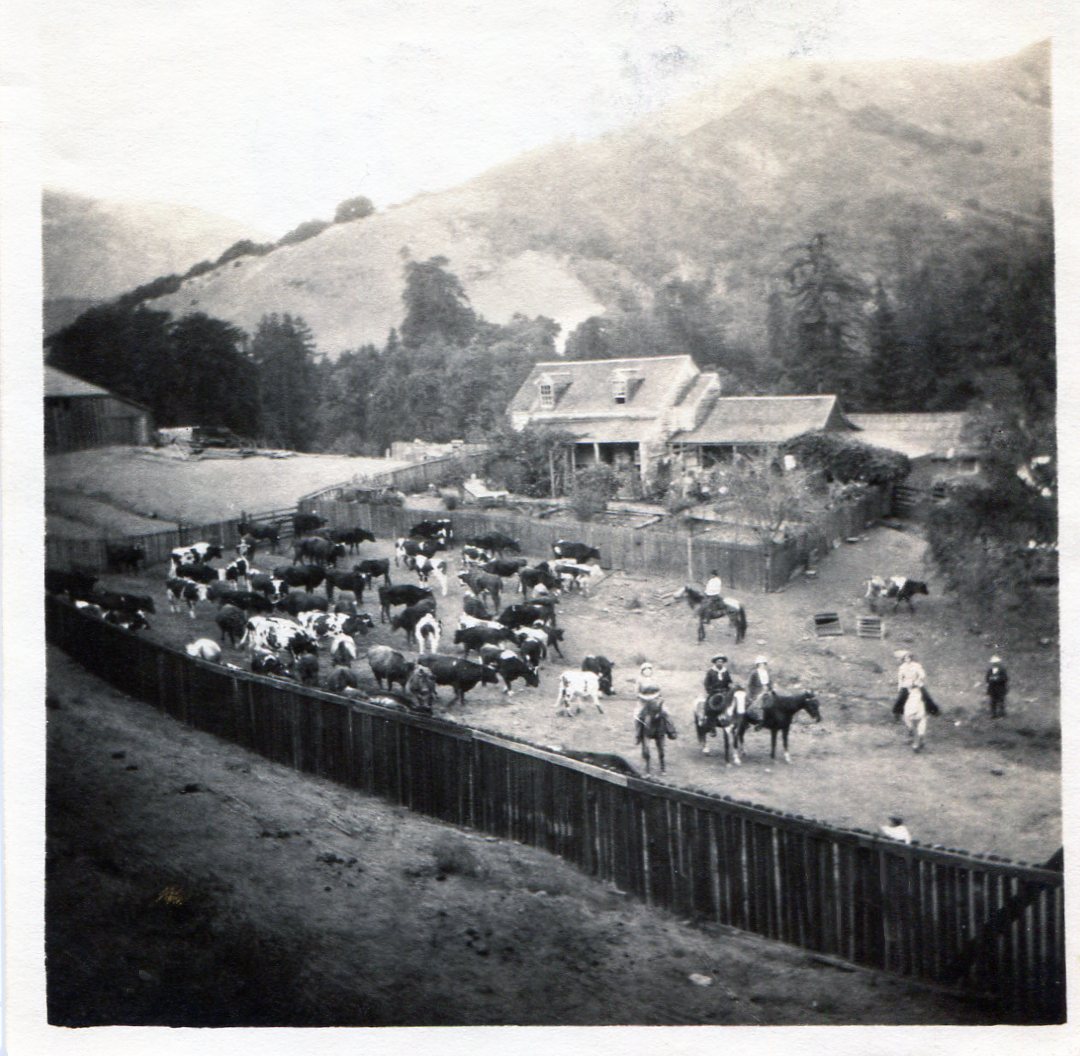 W.B. takes out a claim on 160 acres of land in Big Sur, opening one of the region’s first homesteads. On this land, the Post family raises cattle and hogs and export apples from a thriving orchard. In 1867, he begins building a cabin to remind him of his own Connecticut roots. The red, New England-style cabin still stands on Highway 1, across the road from the existing entrance to Post Ranch Inn. 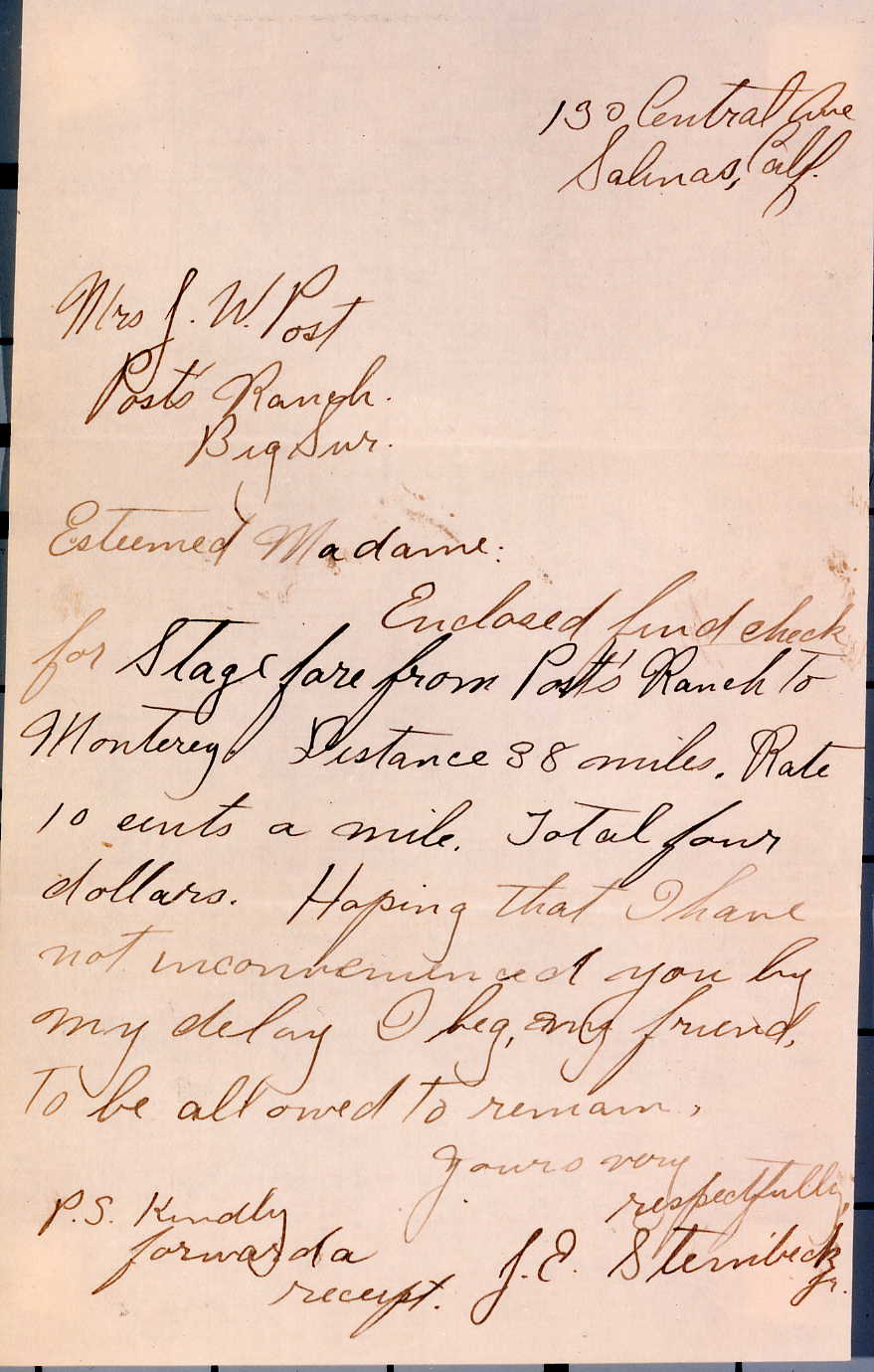 While waiting for government approval to build a local post office, W.B. carries the mail for the Big Sur area. By 1889, the first continuously operating post office in Big Sur was established at the Post homestead and was called, simply, “Posts”. In 1920, after working a summer at the Post Family ranch, a young John Steinbeck had to borrow stage fare which he promptly mailed back to Mrs. Post. (Photo – Letter from John Steinbeck to Mrs. Post) 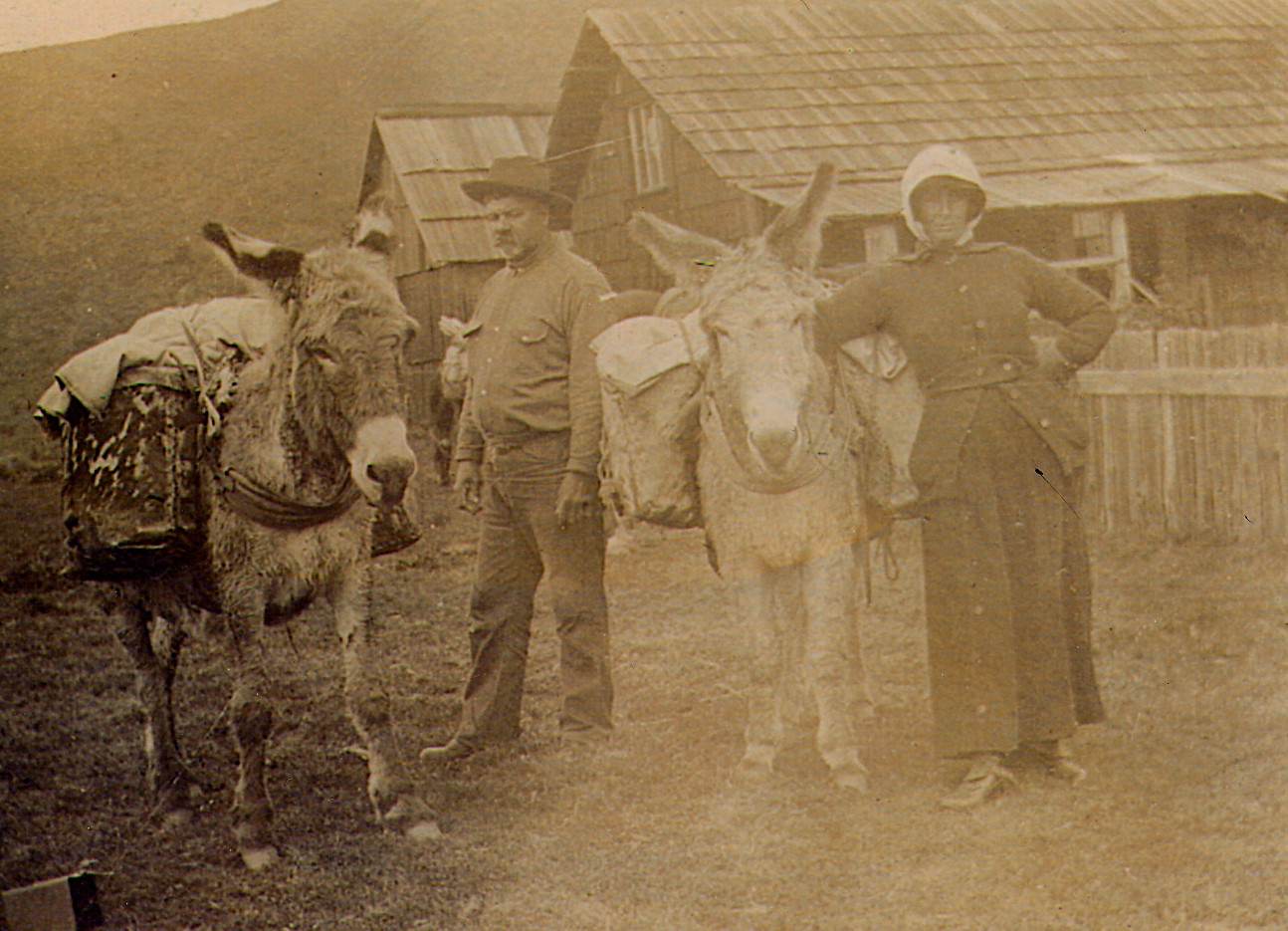 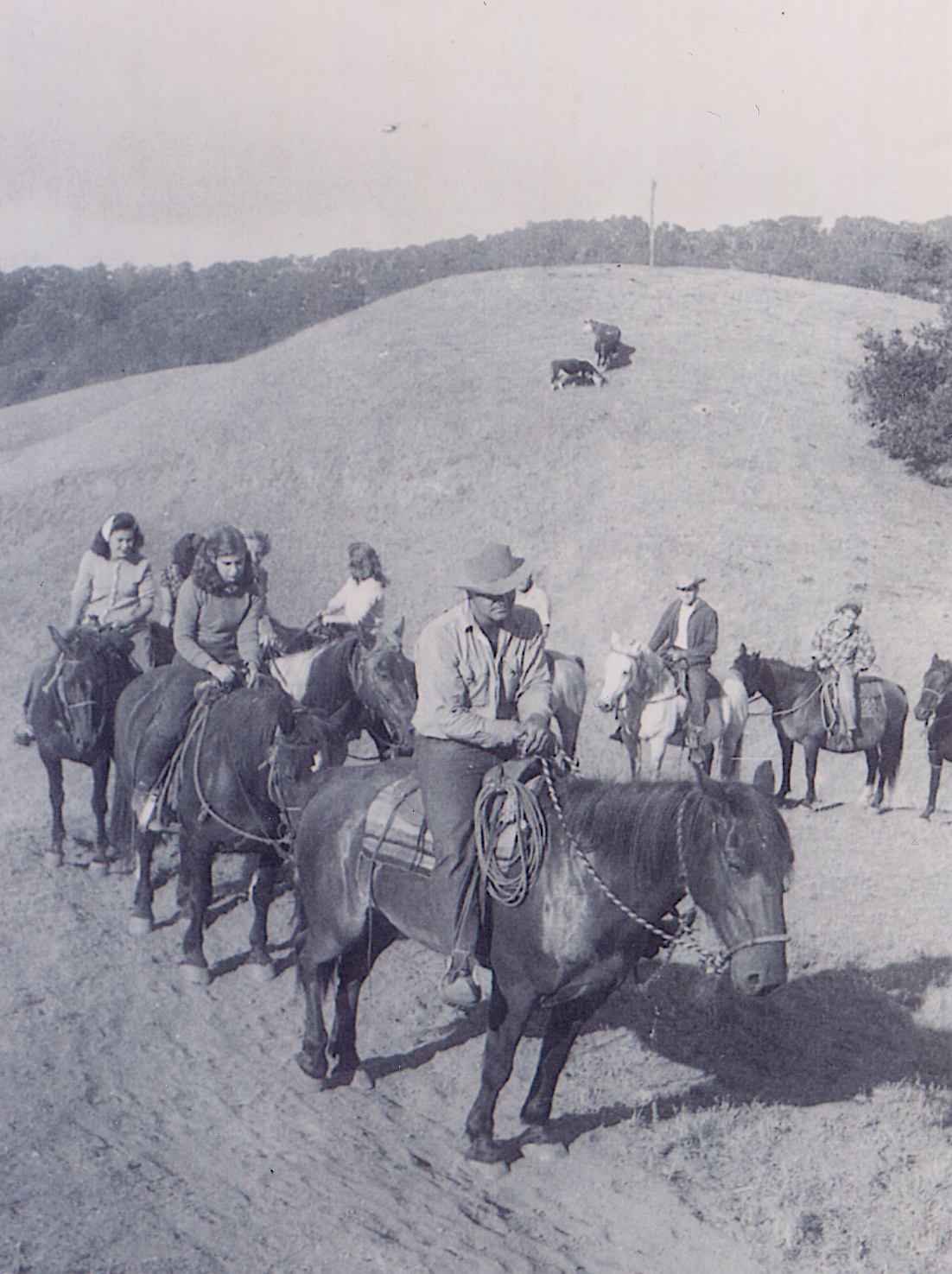 Joe and Elizabeth’s son Bill continues the family tradition of leading camping trips into the Big Sur wilderness, while working as a cowboy and rancher. While employed as the mail carrier from Monterey to Big Sur, Bill gives a ride to a city girl named Irene Fredricks. Their romance turns her summer visit to Big Sur into a lifelong stay, building their family with their two children, Billy and Mary. (Photo Options – Billy Post leading a group on horseback) 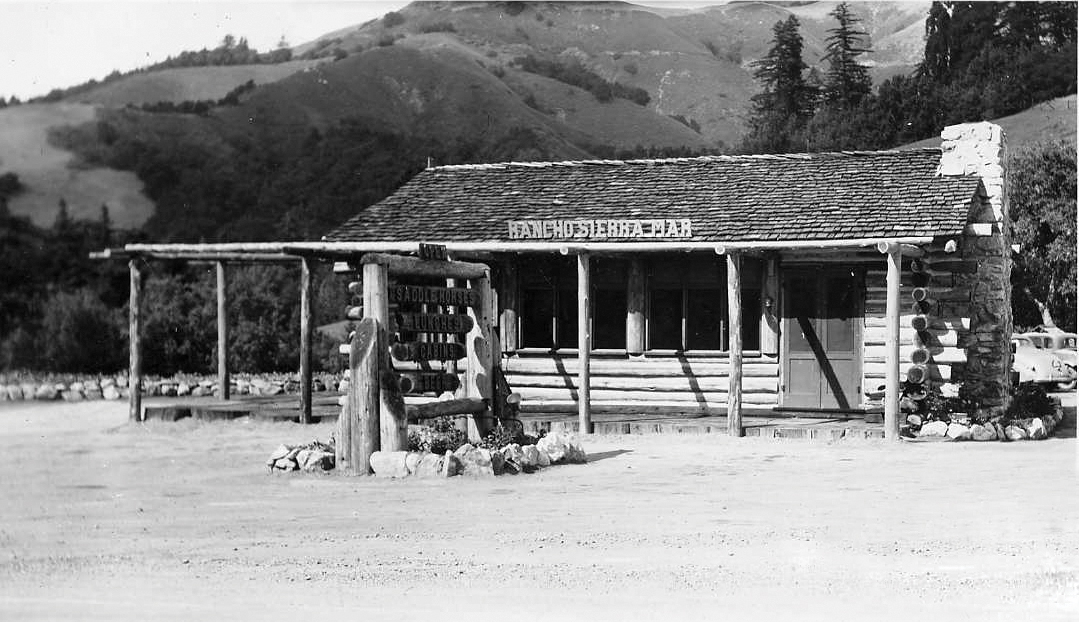 In 1945, the Post family opens a small restaurant named Rancho Sierra Mar. Mary Post Fleenor ran the restaurant until it closed in 1972. During that time it was known around the Big Sur community as a friendly meeting place for locals and visitors alike. 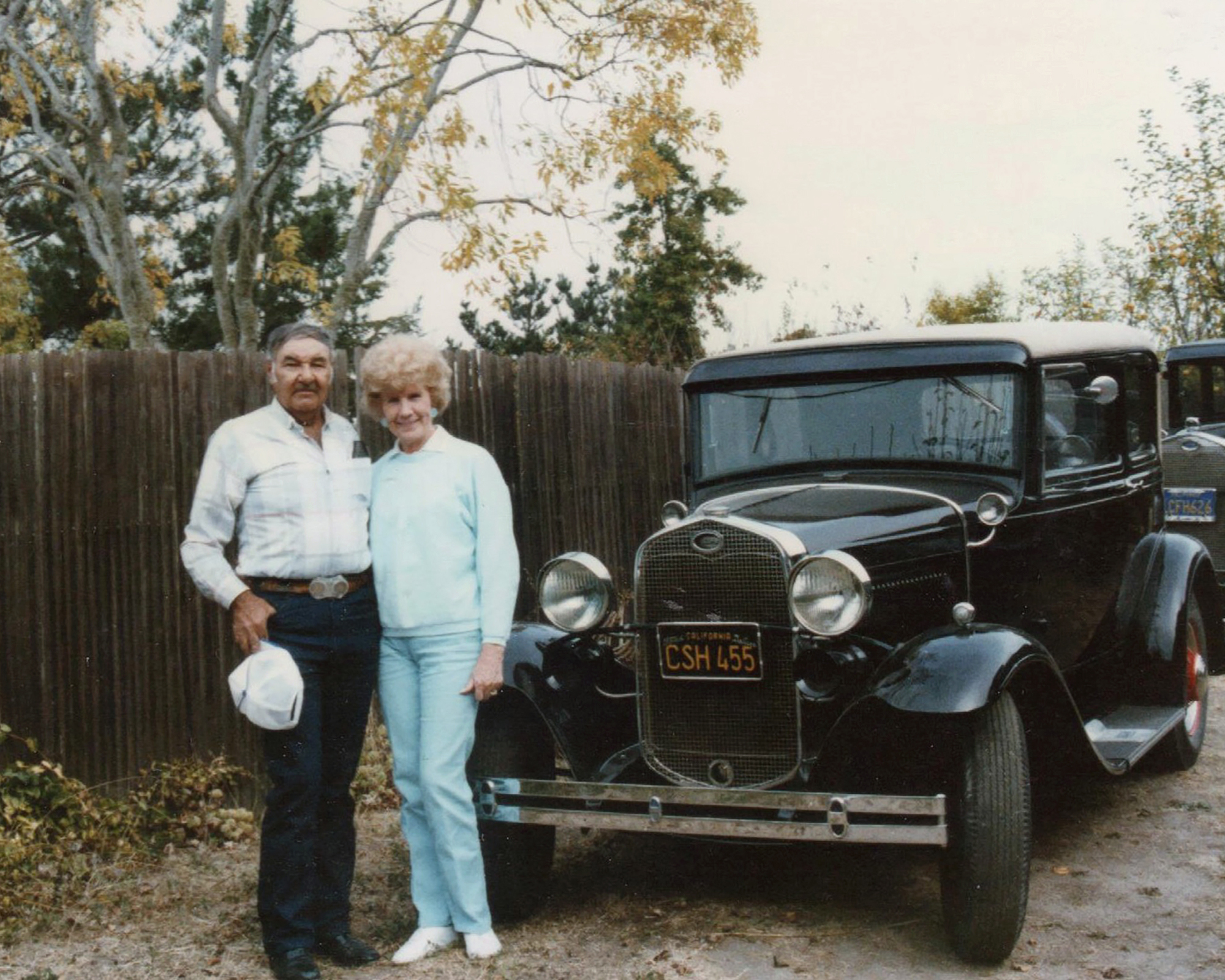 After serving in the Marine Corps in World War II, Billy Post comes home to Big Sur to run the ranch. Billy meets and marries Luci Lee, the love of his life. They marry in 1969 and raise their four daughters. 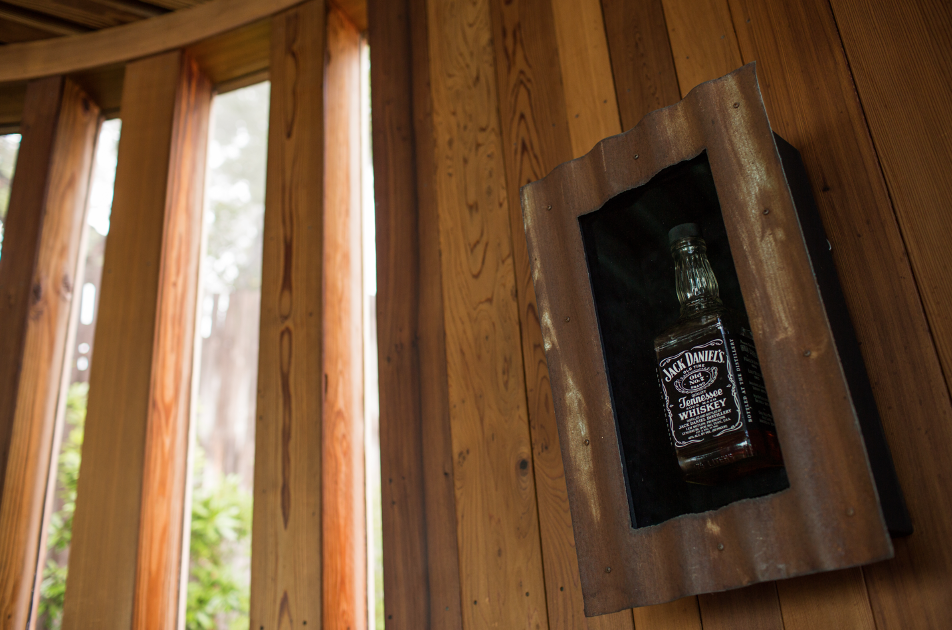 Sealed With A Shot

In the early 1980’s, as it grew more difficult to hold onto the old style of ranching, a close friend approaches Billy and Luci with the idea of converting their land into an inn that would preserve the integrity and history of the Post family’s property. After shaking hands, the partnership is sealed with a shot of Jack Daniel’s, which has since become the inn’s unofficial drink. 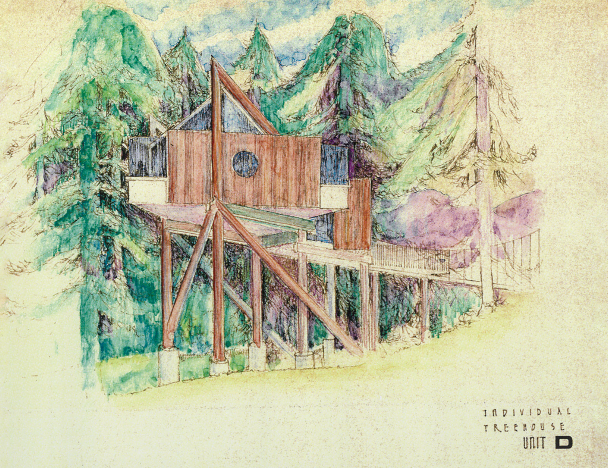 After auditioning several architects, an unknown local architect named Mickey Muennig, who had never designed a hotel, submits drawings for a Tree House, and Post Ranch never looked back. Mickey’s revolutionary innovative design utilized organic architecture intending for guests to feel a part of nature, not just observers of it. His design was revolutionary design for a hotel and shortly thereafter, he was named one of the top 100 architects in the world. 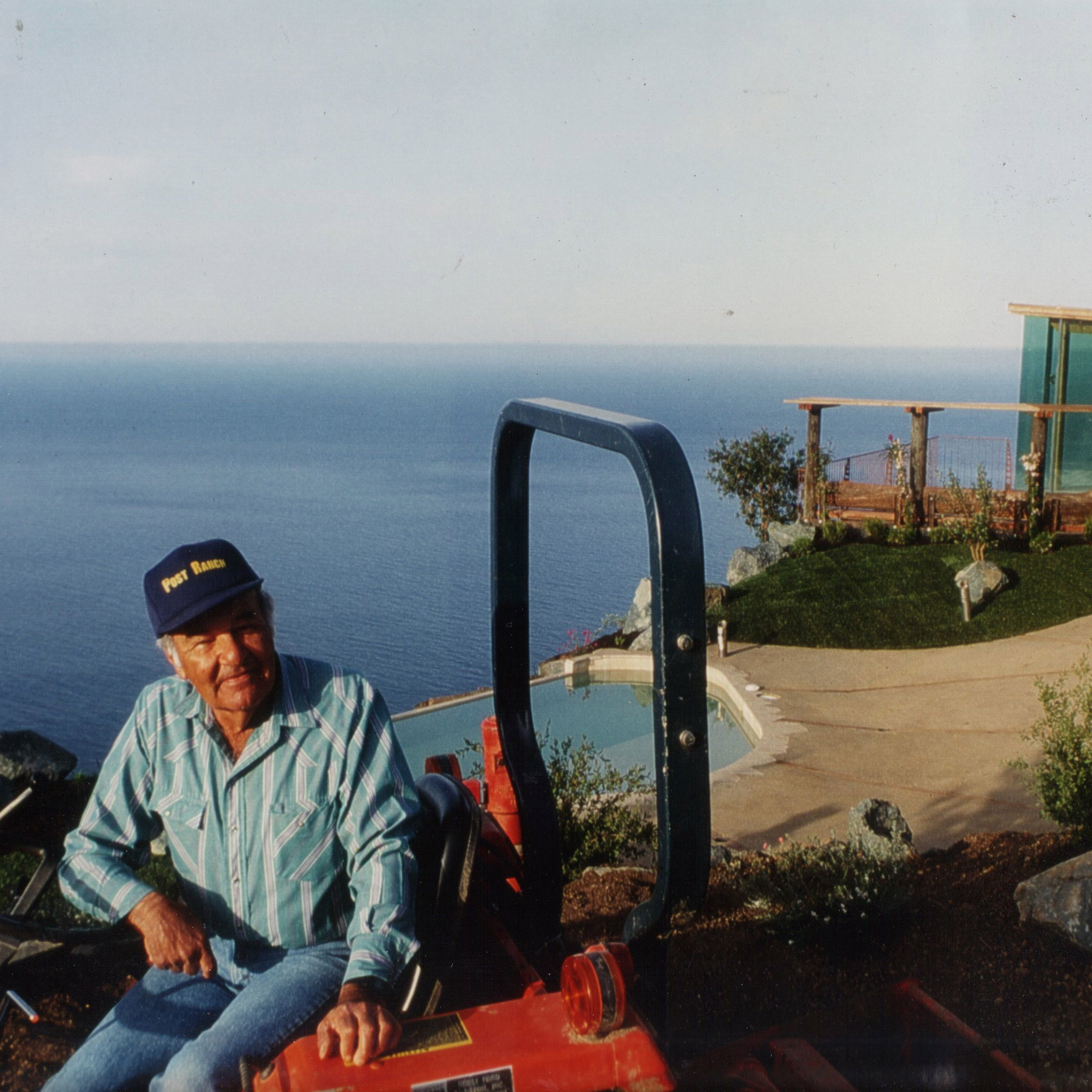 As part of the agreement, the partnership buys Billy a tractor, which he uses to complete nearly all the excavation and grading to build the Inn. Luci decides to honor the early history of Big Sur by using the ranch’s cattle brand as the Inn’s logo. 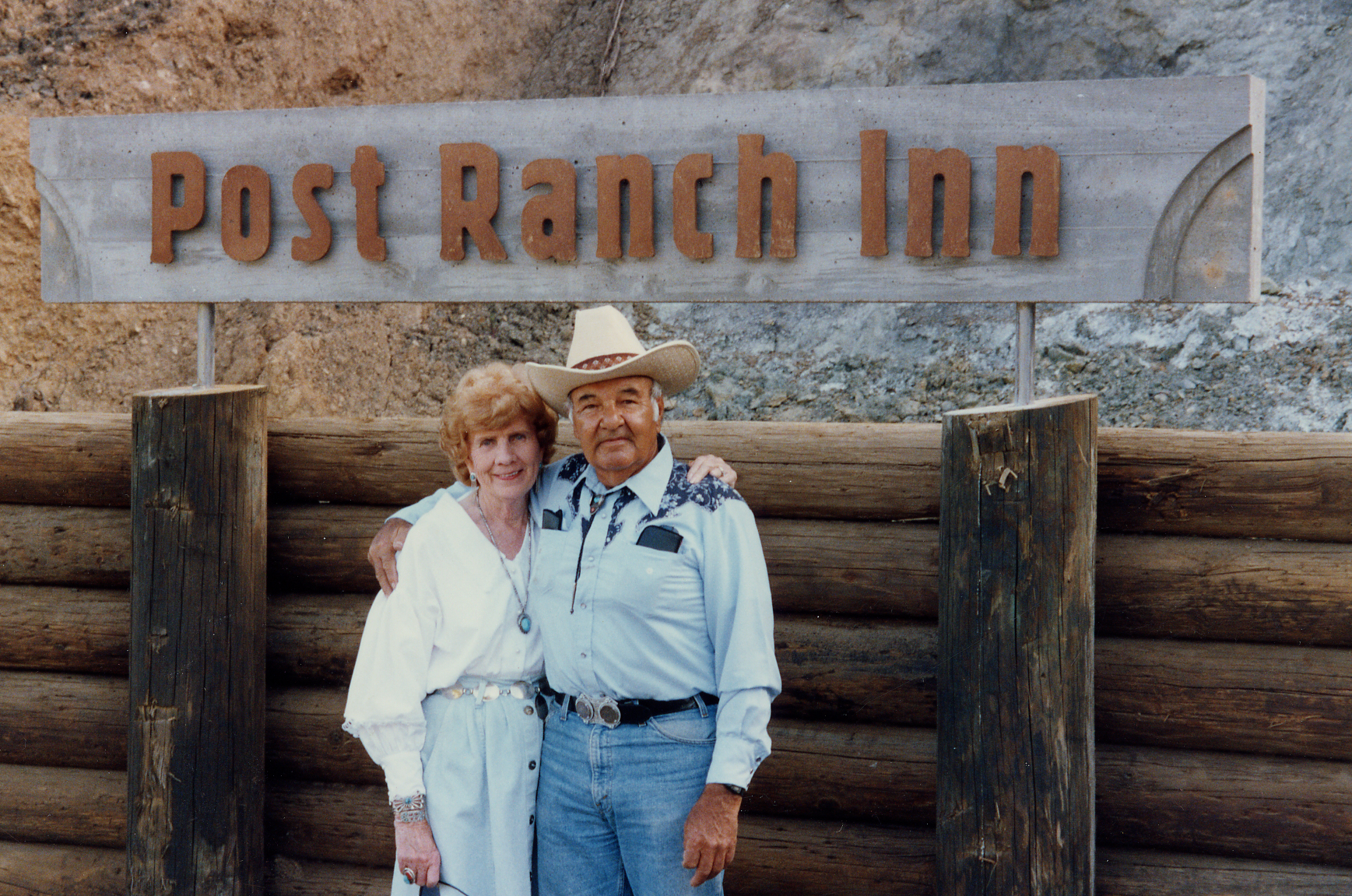 In April 1992, Post Ranch Inn opens its doors with 30 rooms and a restaurant. Each guest room is named in honor of the Post family and other Big Sur pioneers. The Inn’s very first guests are local residents and the descendants of those Big Sur pioneers, all of whom gathered in Sierra Mar to dedicate it to Mary Fleenor, in whose honor the restaurant was named. Billy leads guests on nature walks nearly every day. In his later years, he rolls across the rugged terrain on “Buck”, his off-road Segway. 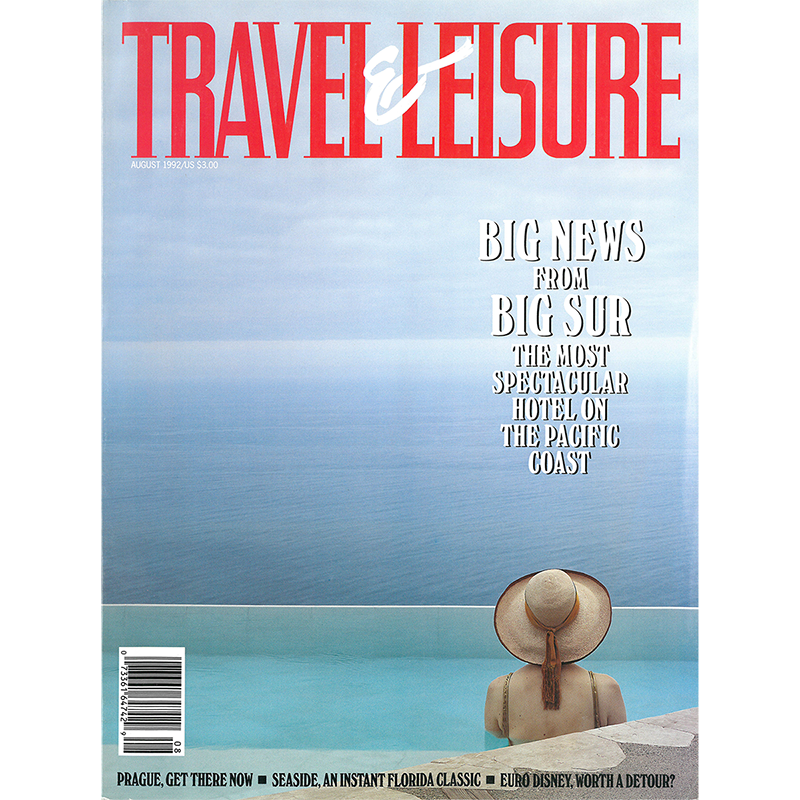 A Cover For The Ages

In August, 1992, Travel + Leisure magazine places Post Ranch on its cover with the headline “Big News From Big Sur: The Most Spectacular Hotel On The Pacific Coast” 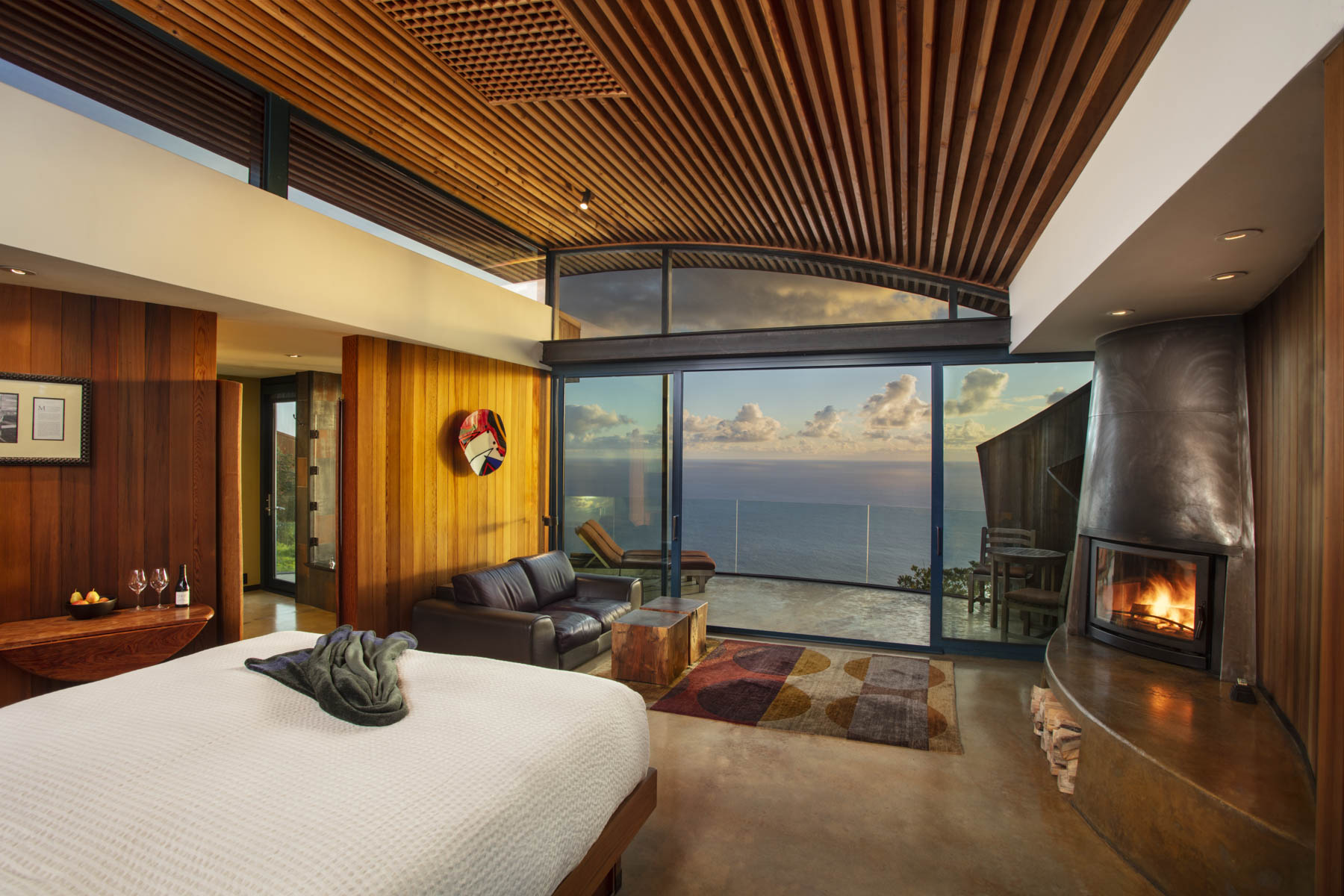 10 additional rooms are constructed on the southern stretch of the property. Inspired by the visionary concept and architecture of Mickey Muennig, the Cliff Houses, Peak Houses and Pacific Suites are introduced. In addition, the Meditation Pool opens at the northern edge of the property, offering a serene setting in which to relax and enjoy the infinite ocean views. 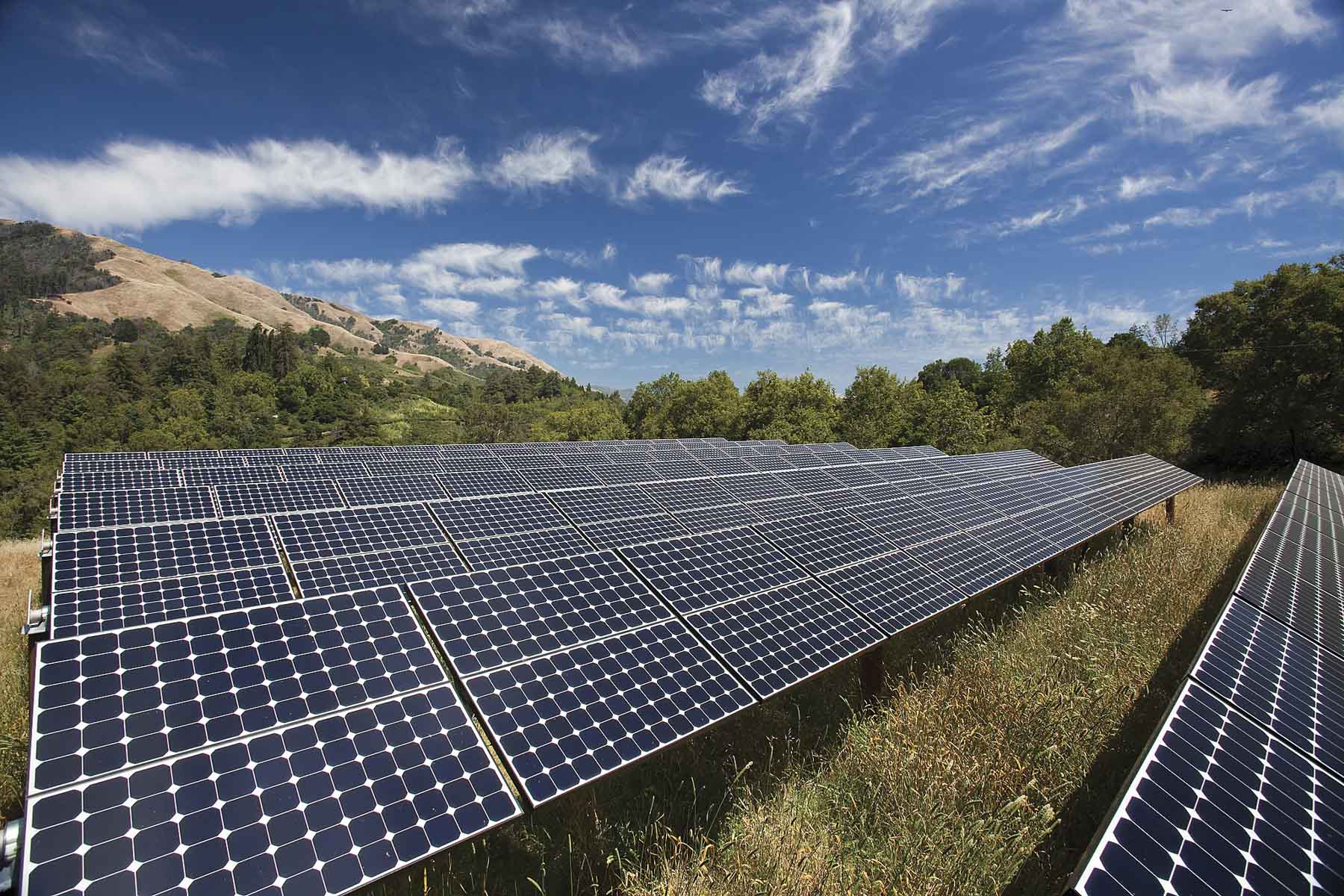 Post Ranch installs a 990-panel solar array that produces almost 350,000 kWh of pollution-free electricity per year. According to the EPA, the system is estimated to reduce carbon emissions by approximately 600,000 pounds annually. 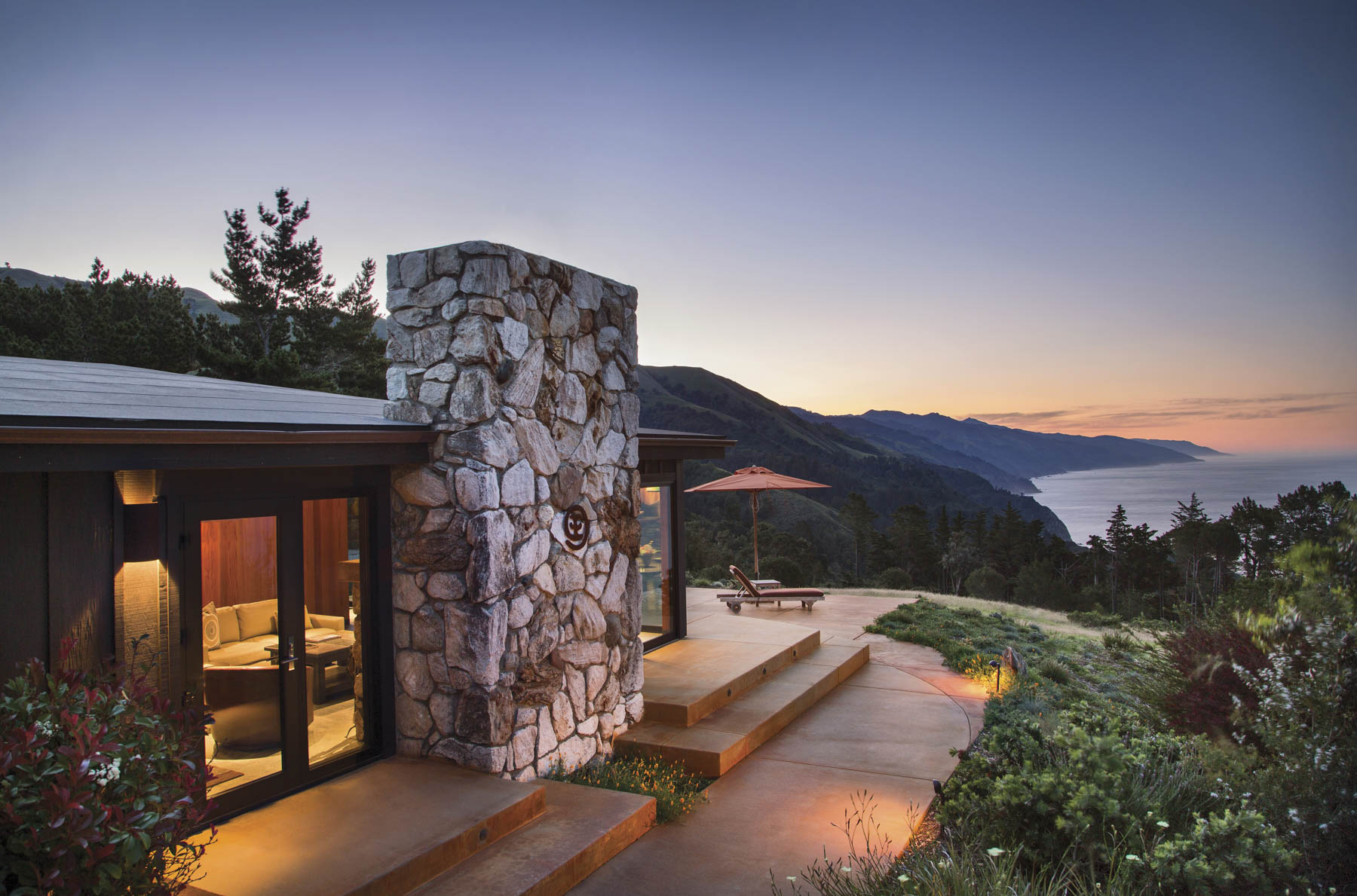 A 2014 redesign highlight the stunning panoramic views and retains an evocative sense of place in keeping with the history of this beloved family home. 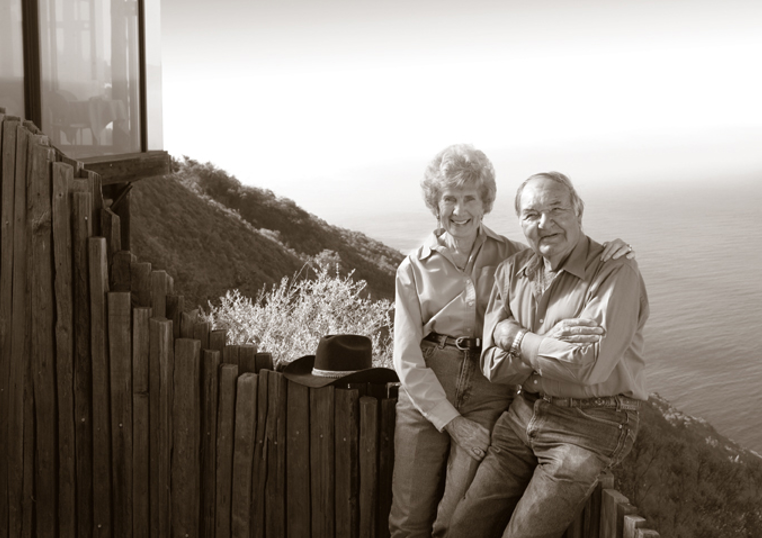 Billy Post, a loyal steward of this land for almost 90 years, was an exceptional and irreplaceable host for thousands of Inn guests for seventeen years. While both Billy and Luci have since passed away, their love of the land and gentle, genial hospitality remain an inspiration to all who knew them. 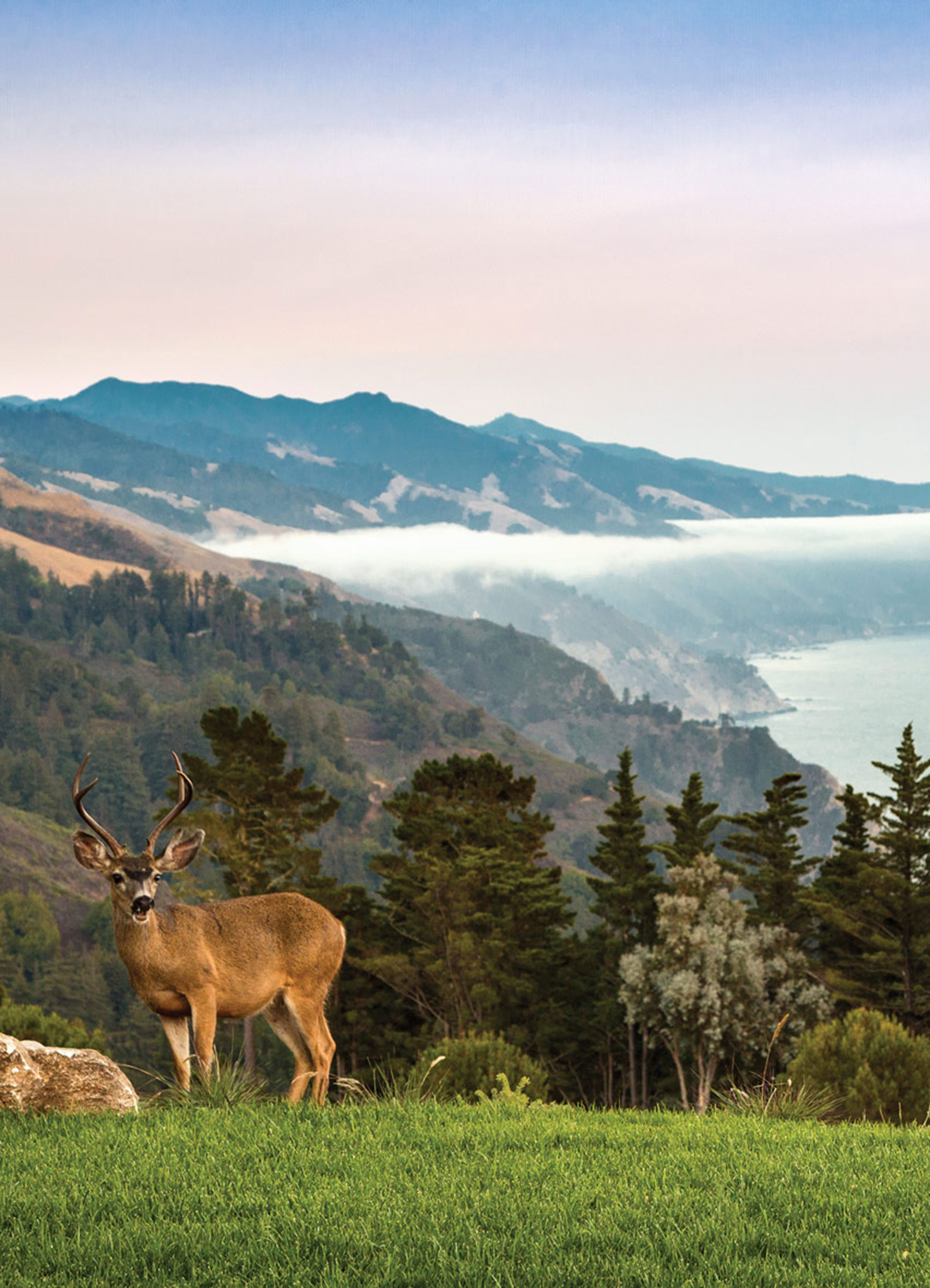 Protecting The Coast (And Beyond)

We are incredibly fortunate to call Big Sur home. Being good stewards of the land has always been one of our greatest responsibilities. As a long-time leader in sustainable tourism, Post Ranch's goal has been to create a distinctive, luxurious guest experience that blends seamlessly with environmental and social stewardship. We will continue to do our part for future generations.

Over the years, we’ve been recognized for our exceptional guest experience, green initiatives, dining, and spa services. 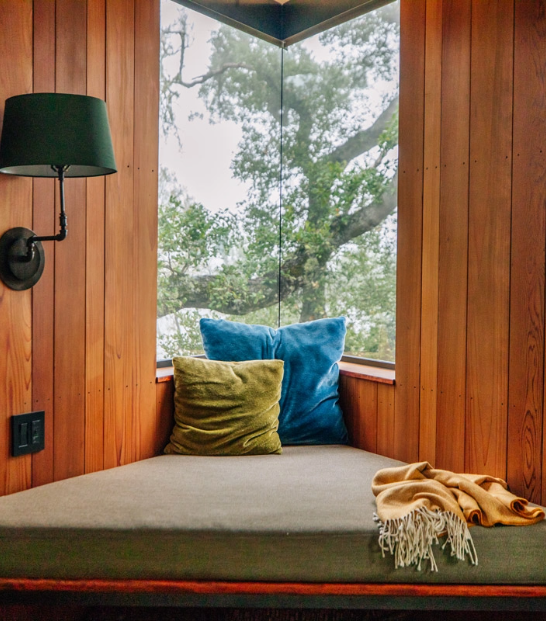 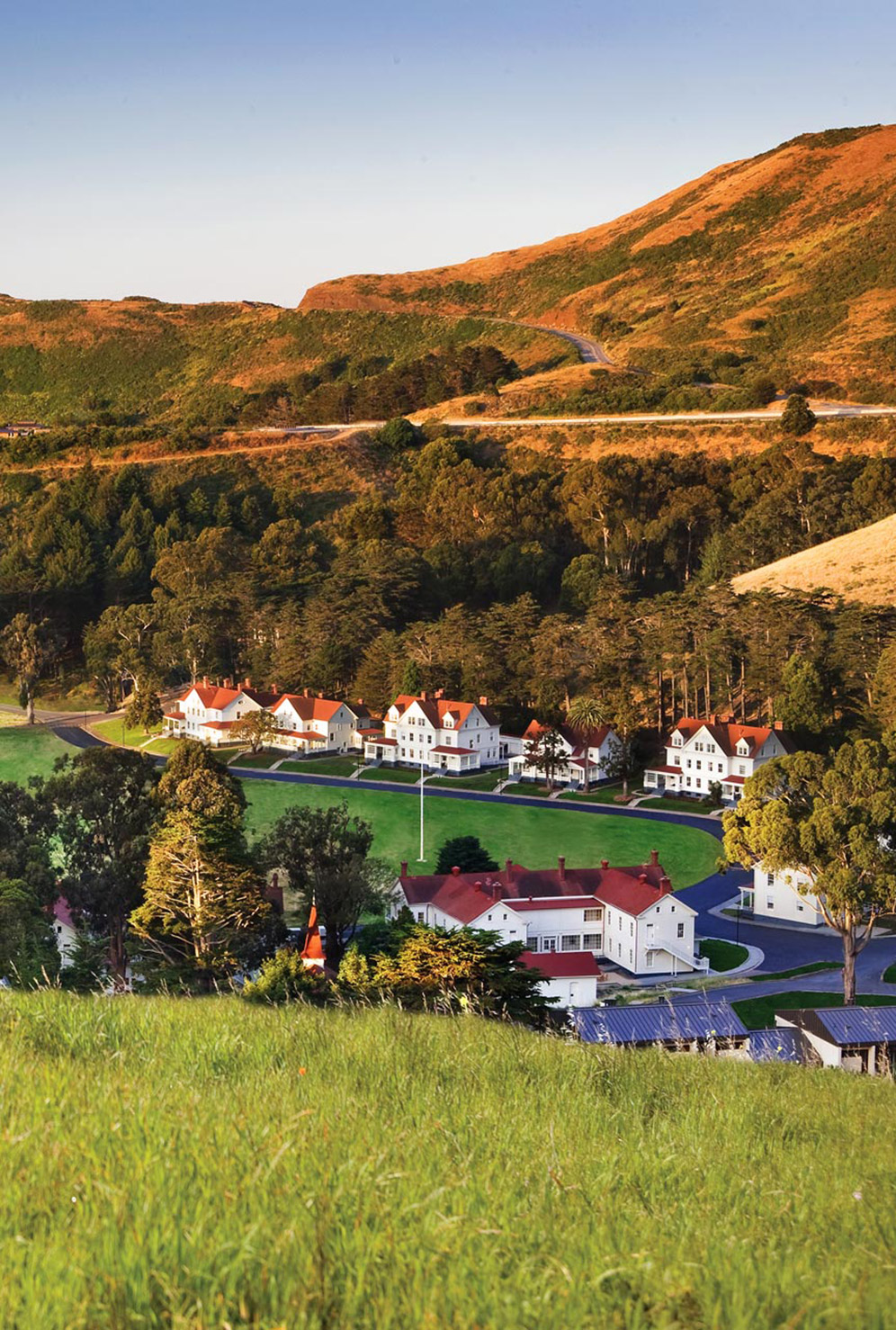 Meet Some Friends Of Ours

Looking to travel to somewhere other than Big Sur? We know some lovely hotels around the world we highly recommend, along with some incredible partners we think you'd be interested in learning more about. 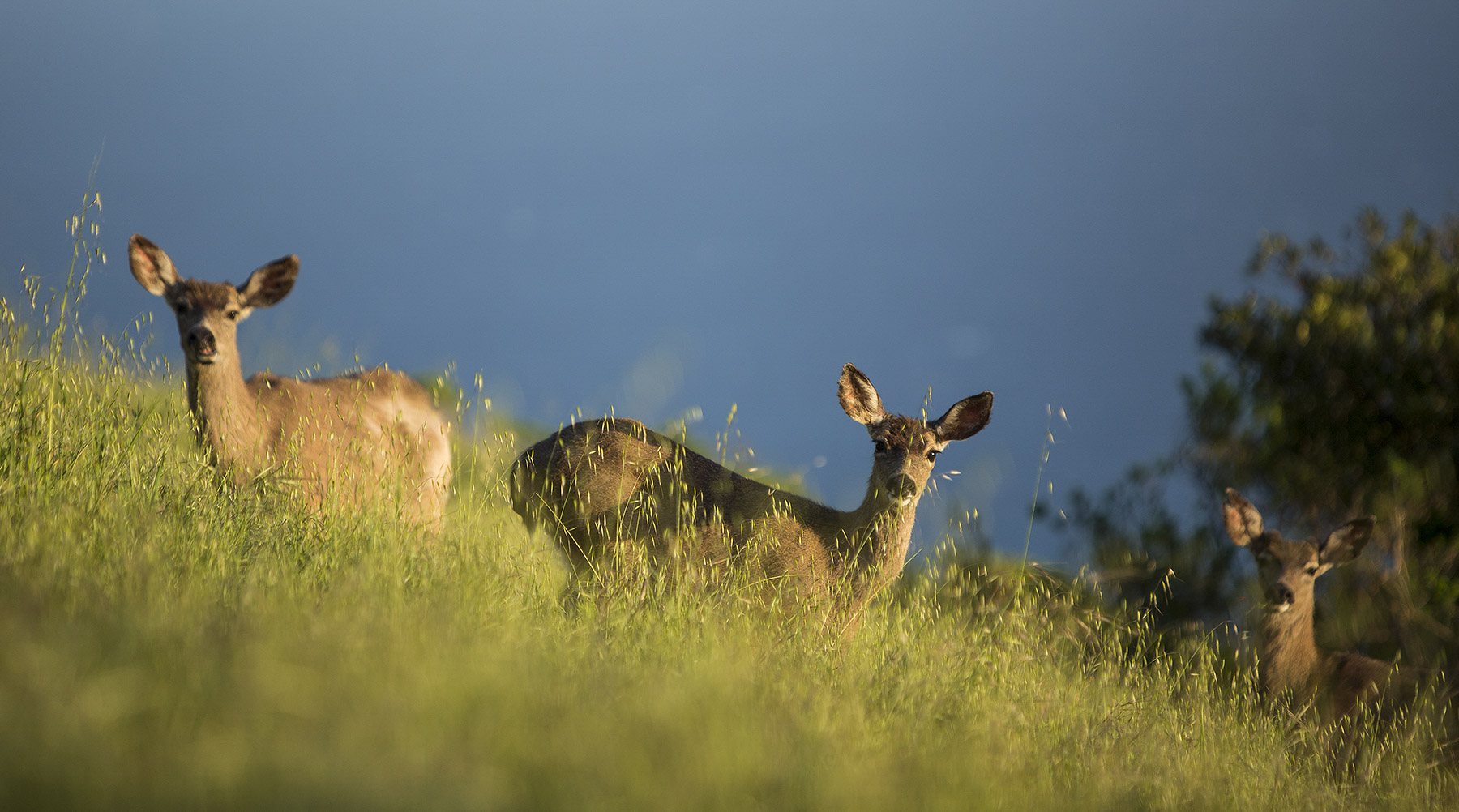 Post Ranch’s commitment to foster and support the Big Sur community remains as strong as ever. As part of our sustainability principles, we support some wonderful local organizations, socially and economically to help create a stronger community around us.

Need more info? No problem. You can learn more about us here.

learn more
Our site uses cookies and other technologies to provide the best browsing experience. By using this site, you agree to our Privacy Policy.
I AGREE
>